We’ve been waiting for this film for a couple years now, ever since we heard it was coming. While we both liked the reboot of 2016, that film is not a continuation of the original film and is meant to be a separate film. And I truly wanted to see something more connected to the original movie and characters. Not only does this film do that, but it also gives a continuation, a possible new generation of characters and stories set in the universe of the Ghostbusters.

“Ghostbusters:Afterlife” is a supernatural comedy directed by Jason Reitman who co-wrote the screenplay with Gil Kenan. The film takes the story from the eighties to present day with Egon Spengler having traveled to a small town in Oklahoma and after a mysterious encounter, dies of an apparent heart attack. His daughter Callie (Carrie Coon) inherits the property along with her children, Phoebe (McKenna Grace) and Trevor (Finn Wolfhard), none of whom seem aware of Egon’s past as a Ghostbuster as he left when Callie was young. Trevor gets a job at a local diner while Phoebe goes to summer school. Both of them make friends, Trevor meets Lucky (Celeste O’Connor) and Phoebe meets Podcast (Logan Kim). Phoebe also connects with Gary Gruberson (Paul Rudd) , a scientist running the summer school. Mysterious events begin happening and Phoebe finds some of Egon’s tools. She begins investigating with the help of Podcast while Trevor finds Ecto1 and gets it running. Eventually, they find themselves fighting spirits just like their grandfather but things are about to get worse before they get better. 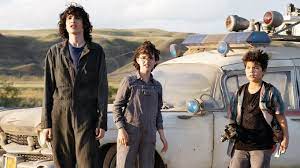 One of the best elements of the film is the balance between the past and the new. The references to the Ghostbusters bring the nostalgia of the past but the new characters bring an infusion of change to the story. Phoebe is written as the scientist, the one who takes after her grandfather in spirit as well as intelligence and she is the main protagonist of the film. While Trevor has his role to play in the narrative, Phoebe gets the most impetus. I absolutely love her fierceness and spirit. This is a film that respects the female characters, including Callie who is a strong, caring mother but also honors the past characters. In addition, when the children get into trouble, there are natural consequences to their actions just like the original movie and they figure out a way to continue despite obstacles.

Besides the balance of the past and future, the film is funny. Phoebe has some terrible jokes that still make you laugh while the actions of the children cause chaos and humorous situations. Podcast is hilarious as is Paul Rudd as Gary Gruberman. The actions of the mini Staypuft marshmallow men are comic gold and as cute as a button. 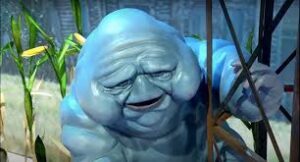 While there is not a new dynamic to the film, it is highly entertaining, the characters are endearing and it is thoroughly enjoyable. We loved the story which had a very emotional, satisfying ending and while some of the story elements are familiar, the story allows for future stories to be told in the universe. I especially loved that Phoebe gets to be the main character, is a scientist and figures out how to resolve the problem while her older brother helps her. The children are the true heroes and it is reminiscent of a cross between Goonies and Ghostbusters. I truly think if you loved the original, you will love this new film as well. 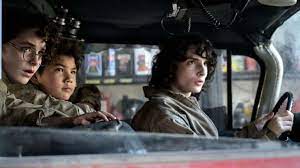 Rating: 4 out of 5 ghostbusters