Each month, we’re going to start bringing you some of the titles we’re excited for. For October, there are quite a few and while we can’t capture all the titles coming out this month, this will bring you a preview of the books we are reviewing this month.

Our first highlight is “Payback’s a Witch” But there are many witchy and spooky titles for this month so keep reading for more about each one. 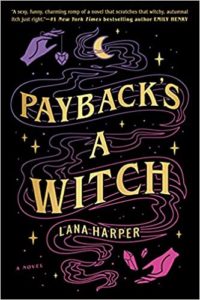 “Payback’s a Witch (The Witches of Thistle Grove)” by Lana Harper:  This novel is all about a town of witches and one in particular, Emmy Harlow. Emmy has been burned by an old flame, Gareth Blackmoore. Emmy hasn’t wanted to return to Thistle Grove but tradition pulls her back, to be the arbiter of a magical tournament. On her first night home, Emmy runs into Talia Avramov—an all-around badass adept in the darker magical arts—who is fresh off a bad breakup . . . with Gareth Blackmoore. Talia had let herself be charmed, only to discover that Gareth was also seeing Linden—unbeknownst to either of them. And now she and Linden want revenge. Only one question stands: Is Emmy in?

But most concerning of all: Why can’t she stop thinking about the terrifyingly competent, devastatingly gorgeous, wickedly charming Talia Avramov? 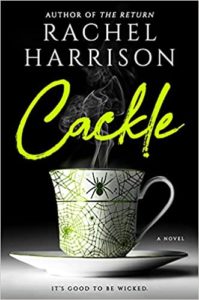 “Cackle” by Rachel Harrison:  All her life, Annie has played it nice and safe. After being unceremoniously dumped by her longtime boyfriend, Annie seeks a fresh start. She accepts a teaching position that moves her from Manhattan to a small village upstate. She’s stunned by how perfect and picturesque the town is. The people are all friendly and warm. Her new apartment is dreamy too, minus the oddly persistent spider infestation.

Then Annie meets Sophie. Beautiful, charming, magnetic Sophie, who takes a special interest in Annie, who wants to be her friend. More importantly, she wants Annie to stop apologizing and start living for herself. That’s how Sophie lives. Annie can’t help but gravitate toward the self-possessed Sophie, wanting to spend more and more time with her, despite the fact that the rest of the townsfolk seem…a little afraid of her. And like, okay. There are some things. Sophie’s appearance is uncanny and ageless, her mansion in the middle of the woods feels a little unearthly, and she does seem to wield a certain power…but she couldn’t be…could she? 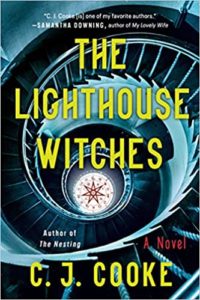 “The Lighthouse Witches” by C.J. Cooke:  When single mother Liv is commissioned to paint a mural in a 100-year-old lighthouse on a remote Scottish island, it’s an opportunity to start over with her three daughters–Luna, Sapphire, and Clover. When two of her daughters go missing, she’s frantic. She learns that the cave beneath the lighthouse was once a prison for women accused of witchcraft. The locals warn her about wildlings, supernatural beings who mimic human children, created by witches for revenge. Liv is told wildlings are dangerous and must be killed.

Twenty-two years later, Luna has been searching for her missing sisters and mother. When she receives a call about her youngest sister, Clover, she’s initially ecstatic. Clover is the sister she remembers–except she’s still seven years old, the age she was when she vanished. Luna is worried Clover is a wildling. Luna has few memories of her time on the island, but she’ll have to return to find the truth of what happened to her family. But she doesn’t realize just how much the truth will change her.

And for our less scary titles: 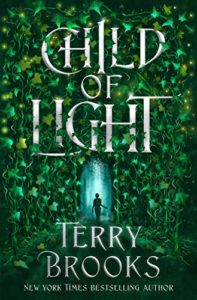 “Child of Light” by Terry Brooks: At nineteen, Auris Afton Grieg has led an . . . unusual life. Since the age of fifteen, she has been trapped in a sinister prison. Why? She does not know. She has no memories of her past beyond the vaguest of impressions. All she knows is that she is about to age out of the children’s prison, and rumors say that the adult version is far, far worse. So she and some friends stage a desperate escape into the surrounding wastelands. And it is here that Auris’s journey of discovery begins, for she is rescued by an unusual stranger who claims to be Fae—a member of a magical race that Auris had thought to be no more than legend. Odder still, he seems to think that she is one as well, although the two look nothing alike. But strangest of all, when he brings her to his wondrous homeland, she begins to suspect that he is right. Yet how could a woman who looks entirely human be a magical being herself? 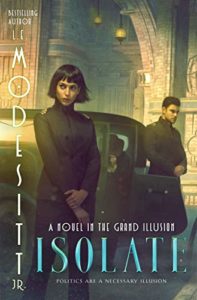 Something is about to give.

Steffan Dekkard is an isolate, one of the small percentage of people who are immune to the projections of empaths. As an isolate, he has been trained as a security specialist and he and his security partner Avraal Ysella, a highly trained empath are employed by Axel Obreduur, a senior Craft Minister and the de facto political strategist of his party.

When a respected Landor Councilor dies of “heart failure” at a social event, because of his political friendship with Obreduur, Dekkard and Ysella find that not only is their employer a target, but so are they, in a covert and deadly struggle for control of the government and economy.

Steffan is about to understand that everything he believed is an illusion. 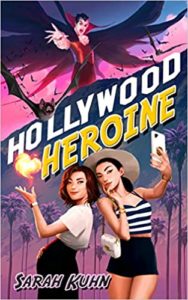 Over the years, the adventures of superheroines Aveda Jupiter and Evie Tanaka have become the stuff of legend–and now they’ll be immortalized in their very own TV show!

The pair head to LA for filming, but Aveda struggles to get truly excited. Instead, she’s preoccupied wondering about the fate of the world and her role in it. You know, the usual. Now that Otherworld activity has been detected outside the Bay Area, Aveda can’t help but wonder if the demon threat will ever be eradicated.

When the drama on set takes a turn for the supernatural, Evie and Aveda must balance their celebrity commitments with donning their superhero capes again to investigate. And when the evil they battle reveals a larger, more nefarious plot, it’s time for the indomitable Aveda Jupiter to rise to the occasion and become the leader she was meant to be on a more global scale–and hopefully keep some semblance of a personal life while doing so.

As always, please remember you can contact Duncan’s Books and More and we can pre-order any of the titles from the publisher.