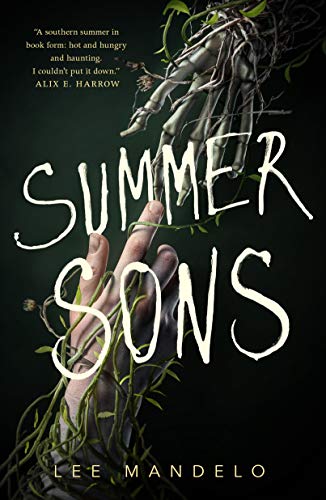 Andrew and Eddie did everything together, best friends bonded more deeply than brothers, until Eddie left Andrew behind to start his graduate program at Vanderbilt. Six months later, only days before Andrew was to join him in Nashville, Eddie dies of an apparent suicide. He leaves Andrew a horrible inheritance: a roommate he doesn’t know, friends he never asked for, and a gruesome phantom that hungers for him.

As Andrew searches for the truth of Eddie’s death, he uncovers the lies and secrets left behind by the person he trusted most, discovering a family history soaked in blood and death. Whirling between the backstabbing academic world where Eddie spent his days and the circle of hot boys, fast cars, and hard drugs that ruled Eddie’s nights, the walls Andrew has built against the world begin to crumble.

And there is something awful lurking, waiting for those walls to fall.

Hungry ghosts, academic intrigue, drag racing, all mixed together into a perfect ghost story, a uniquely Southern gothic tale blended with queer elements that adds up to a haunting, addictive novel by debut author Lee Mandelo.

In “Summer Sons”, Andrew and Eddie are best friends but Eddie leaves Andrew behind to start a graduate program in their old hometown of Nashville. Six months later, Eddie’s died of an apparent suicide but Andrew doesn’t believe it. As he searches for the truth, he discovers death, cars, and a backstabbing academic world, as well as truths about himself and Eddie that he’d failed to see. He must discover if his suspicions are correct or if Eddie’s blood soaked family history led him to his death or both.

For a debut author, Lee Mandelo’s characters are addictive. The grittiness of Andrew’s experiences and his encounters with ghosts will keep readers turning the page long into the night. They are enthralling, not just Andrew but the secondary characters surrounding him, cousins Riley and Sam, his academic mentor West, and his advisor Troth. Each character adds to the intrigue and makes you keep diving into the story for more.

The pacing is perfect and the language lyrical. The plot drags you into the gothic elements, the ghosts, the legends and Eddie’s bloody family history. Each layer that is peeled back adds another and each page you read makes you read the next. It is absolutely impossible to put down and that’s a good thing. And while the ghosts might be hungry, they are also haunting, the loss, the grief of losing someone you love, after you discover the depths of emotion and caring. And yet, the story still manages to hold onto hope with an ending that makes you root for happiness.

If you love compelling, haunting ghost stories, with gay characters, I highly recommend this novel. The language is especially beautiful and the characters are impossible to forget. The ghosts will invite you in but you may not want to leave, even through the darkest bits.