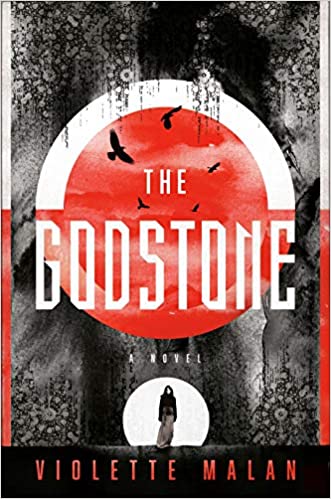 This new epic fantasy series begins a tale of magic and danger, as a healer finds herself pulled deeper into a web of secrets and hazardous magic that could bring about the end of the world as she knows it.

Fenra Lowens has been a working Practitioner, using the magic of healing ever since she graduated from the White Court and left the City to live in the Outer Modes. When one of her patients, Arlyn Albainil, is summoned to the City to execute the final testament of a distant cousin, she agrees to help him. Arlyn suspects the White Court wants to access his cousin’s Practitioner’s vault. Arlyn can’t ignore the summons: he knows the vault holds an artifact so dangerous he can’t allow it to be freed.

Fenra quickly figures out that there is no cousin, that Arlyn himself is the missing Practitioner, the legendary Xandra Albainil, rumored to have made a Godstone with which he once almost destroyed the world. Sealing away the Godstone left Arlyn powerless and ill, and he needs Fenra to help him deal with the possibly sentient artifact before someone else finds and uses it.

Along the way they encounter Elvanyn Karamisk, an old friend whom Arlyn once betrayed. Convinced that Arlyn has not changed, and intends to use Fenra to recover the Godstone and with it all his power, Elvanyn joins them to keep Fenra safe and help her destroy the artifact.

In this intriguing new epic fantasy by Violette Malan, nothing is quite what it seems and the worldbuilding gives a new and different type of fantasy, where magicians can see the Modes of their world but mundanes cannot, yet it is made clear partway through that only this world is built this way and the legendary Xandra attempted to change that, to create a world where magic remained but the world was static. That intriguing world is partly why I kept reading along with the incredibly sympathetic Fenra.

In the story, while Arlyn’s point of view builds information and helps inform the reader of what is going on, it is Fenra that pulls you deeper into caring, deeper into the story and is the most complex of any of the characters in the novel. She is far more powerful than she seems but far less interested in power. And that is what makes her so interesting and makes you care about her. She genuinely cares and that makes you like her, far more than any of the other characters in the book.

I found the worldbuilding and pacing slow. While the story is still enjoyable, it does take time to build the world, for the reader to understand just how the world works for both the mundane and also for the magicians, how magic operates. Once you understand, while the pacing does not pick up, you understand more clearly why it is so critical that Arlyn and Fenra track down the Godstone. Even better, while the pacing and character development happens slowly, it is intricate, detailed and worth the wait as is the incredibly unexpected ending. Nothing is quite as it appears and that is a good thing in this interesting and entertaining new novel.

Book available for order upon request